A lover of words, ideas, and inspiring action. I’m an award-winning multimedia content creator with experience in digital media, documentary television, digital marketing, social media, and advertising. My work has been published and shared internationally across various print, television, and online media. 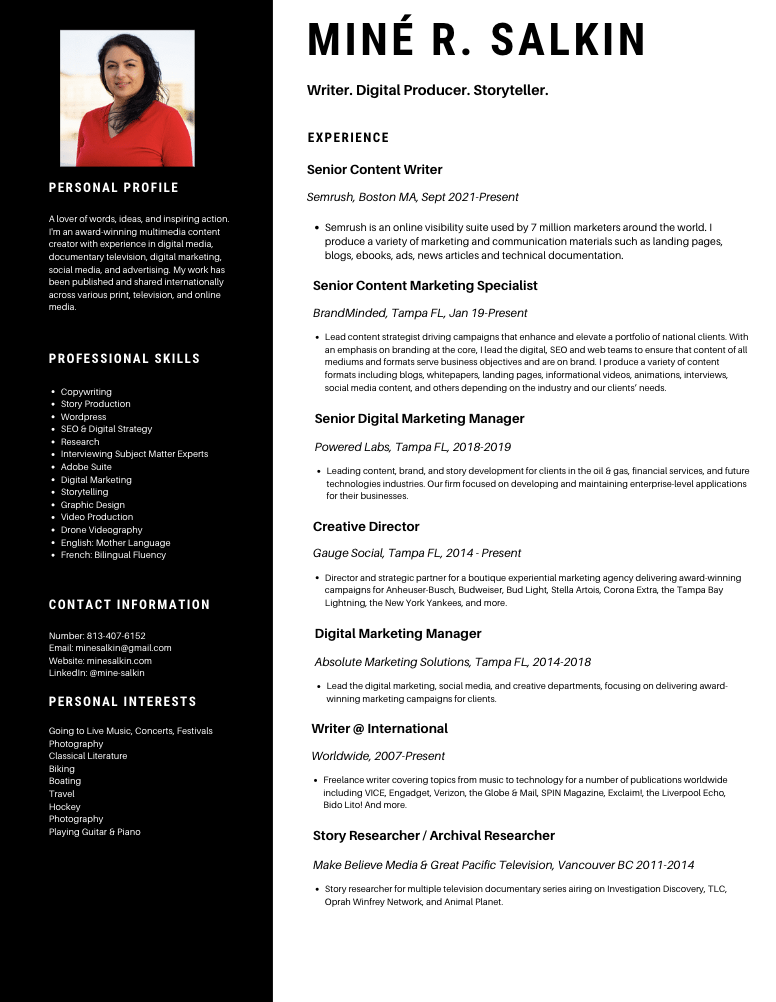 Originally from Vancouver, I am currently based in Tampa, FL. I have been in the digital marketing/ advertising space since 2013, and have worked on campaigns for national and international brands including the Tampa Bay Lightning, The Tampa Bay Buccaneers, Budweiser, Corona, and more.

Prior to working in advertising, I worked in the television industry as a story researcher, visual researcher, and production coordinator for various documentary television series, including Untold Stories from the ER, The Mistress, Animal Obsessions, The Devil You Know, Very Bad Men, and others.

I’m also an internationally published journalist and have covered topics ranging from technology to crime, writing for publications such as VICE Motherboard, Engadget, MSN.com, the Globe and Mail, Metro Newspaper, Exclaim!, the Block Magazine, SPIN, The Tyee, and have served as the Under Review editor for Discorder Magazine, Vancouver’s longest-running independent music magazine. My work has also been published in the Liverpool Echo music blog, and I served as web editor for Bido Lito! Magazine, an established music magazine in Liverpool, UK.

I studied philosophy and English literature at the University of British Columbia and graduated from the Master of Journalism program in 2010. For my thesis, I produced a short documentary called Remixing Culture, a film that explores the intersection between remixed music and open source technology. It was published by the University of Copenhagen’s online academic journal, Audiovisual Thinking.