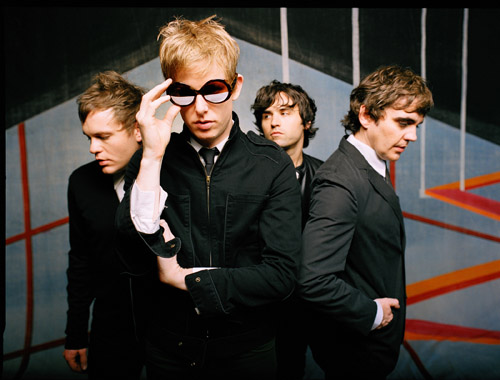 They’re starry eyed, attractively geeky and downright infectious. Let’s forgive them for being featured on the O.C.’s soundtrack in 2004 because I’ve tried my hardest to forget that.

The Texas-based alternative rock group has released their seventh studio album Transference, a follow-up from their acclaimed 2007 album Ga Ga Ga Ga Ga. While their trademark sound is typically pared down, simple beats and catchy guitar-heavy riffs, Transference points to something a little more complex — the introjection of a misdirected feeling at someone or something. Maybe the boys are growing up.

Here’s a taste of the new record, released by Merge Records. Enjoi.