The dangers of online shopping

A tale of woe and betrayal.

It was the middle of September, and I was preparing to move to the United Kingdom. Everything had been taken care of. I was finishing up my contract at the Beaty Museum, packing up to move my stuff into storage, terminating utilities and mentally preparing myself for the big move.

At the same time, it had long been my plan to get a new camera. Not just any camera, but a Canon 550D, also known as the Rebel T2i. Sure, I already had a really nice camera, one that I had carried to all my newspaper internships, my concert photography gigs and also my personal life events. It was time to move on though; I needed/ wanted something that could also film. IN HD.

After doing a few weeks of research online and in local photography stores in the Vancouver area, I managed to find the camera I wanted at a sweet, sweet deal. It was too sweet to be true. Too saccharine and ambrosial to be reality, and I certainly paid for that purchase of virginal innocence. (By saccharine I mean $200 less than any other retailer was offering). 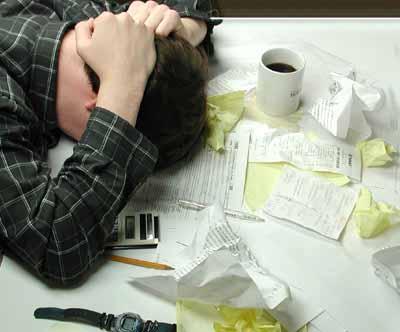 I did it. On September 15, 2010, I bought the camera from Daily Deal Digital, the worst online retailer known to the history of civilization.

Six days later, when I hadn’t received my camera, nor a tracking number for the shipment, I called the head office in Boca Raton, Florida. After being put on hold and listening to the most irritating classical muzak for several moments, I was directed to someone who sounded like they were taking my call in a bar. It was noisy, and I strained my ears to understand as the guy explained that they RAN OUT OF THE product I had ordered but were giving me the next package deal at a $300 discount.

Suffice it to say, that was my mistake numero deux. Why did I agree to that? Again, it was the temptation of such a sweet camera, with a 50 mm light-sensitive lens, tripod and carry bag for a ridiculously good deal. It was too good to believe. DDD also offered to pay for the expedited shipping costs, as I explained to them that I would be leaving the country in less than 10 days.

My sleep was blissful that night. Not a single nightmare. In the morning, I get an e-mail from DDD saying they needed a copy of my ID and credit card to authorize their charge. This raised some blood red flags in my face, and after they messed up my order in the first place, I was ready to call it quits. I sent them an e-mail right then and there saying I wanted to cancel my order, and that I didn’t authorize the charge in that case and refused to send them copies of my credit card and ID. When I came into work later than morning I phoned the office and asked them to cancel my order, just to make my message clear. The manager said it couldn’t be done because they had already put the charge through on my credit card. I wanted to cancel and they refused. My blood started boiling.

At this point, I asked when the camera would be delivered. It was already cutting it close, and I needed that camera ASAP. He said it would be there on the 28th. 2 days before I was leaving. I said I was unhappy with the situation, and unless they sent me a tracking code at the very least I would be requesting help from VISA by the next morning. Manager assured me the camera would be at my house before I left, and that I would have a tracking code the next morning.

Next thing I know, I start panicking at my desk. I’m looking up reviews of DDD. One guy went through hell when he couldn’t cancel his order, plus had to deal with the inconvenience of sending everything back because they sent him the wrong camera! Bullets of sweat streamed down my face as my co-workers looked at me, concerned and bewildered. I was fucked.

Sweating profusely I grab the phone with slippery hands and dial VISA. “Please help me.” I croak into the phone. “Daily DealDigital might be scamming me, like they did to those people on the Internet,” I say. “They refuse to let me cancel my order.”

Prepped to chase you down and claim your first born child if you owed them money, VISA was pretty much useless in my defence.

After calling DDD three more times, imploring them to cancel my order, they finally give in. On September 27 they sent me an e-mail telling me they would post my refund within 6- 14 days.

It’s now the end of October and I’m wondering where my money is. I write an e-mail to the billing department, and this is what they reply with:

Hi, my name is john, I work in the billing department over at DailyDealDigital.  I am contacting you today because recently we have issued a large number of refunds.  However; we have experienced a malfunction with our refund processor, and are yet unaware of who did receive their refund and who has yet to receive a refund.  Therefore I am contacting you to check whether or not you have received your expected refund.  If you have not received you full refund yet please contact me immediately so that I can insure that you do receive your refund.  Thank you.

Not a single apology, nothing. At this point I actually need that money for things like coffee, toilet paper and soap. I was going crazy. Two days later they say they’re going to post the refund. Please allow 6-14 days to process.

I call VISA again, and ran out of minutes on my phone that I wasn’t able to top up. British VISA lady tells me I need to give them an additional 30 days from the October e-mail before ordering a dispute resolution. At this point, I’m feeling like I’m caught somewhere between the pit of man’s fear and the summit of his stupidity.

Now it’s November 16 and I actually got my refund. Only it’s $100 short. My blood isn’t boiling anymore, I’ve got nothing to left to burn.

The message of this story is to never, EVER purchase anything from Daily Deal Digital. Especially if you’re moving to the other side of the world.